You’ll visit all of Israel’s top sites without compromising on the quality of your experience. Start your journey in Tel Aviv, called the ‘Mediterranean Capital of Cool’ by the New York Times. Be introduced to northern Israel’s spectacular landscapes and religious significance. Explore Jerusalem with its rich history and staggering beauty, stroll through the ancient cobbled streets in the Old City, tour the holy sites and visit some of Jerusalem’s museums. 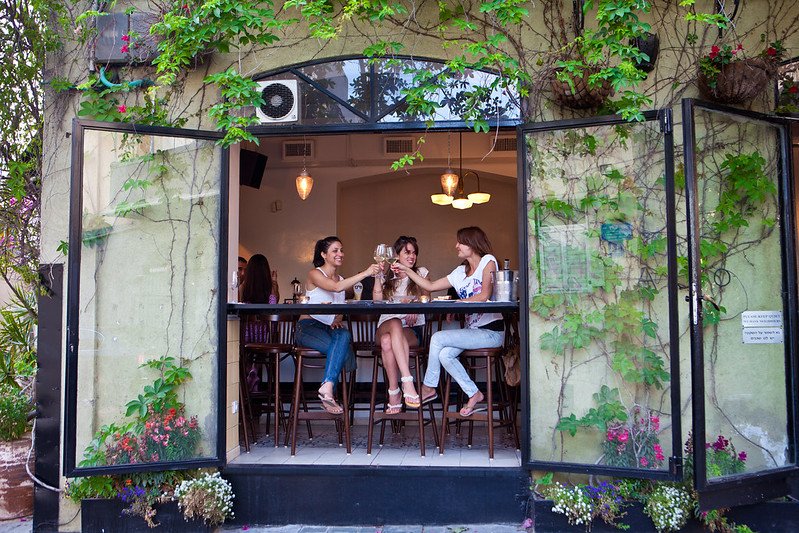 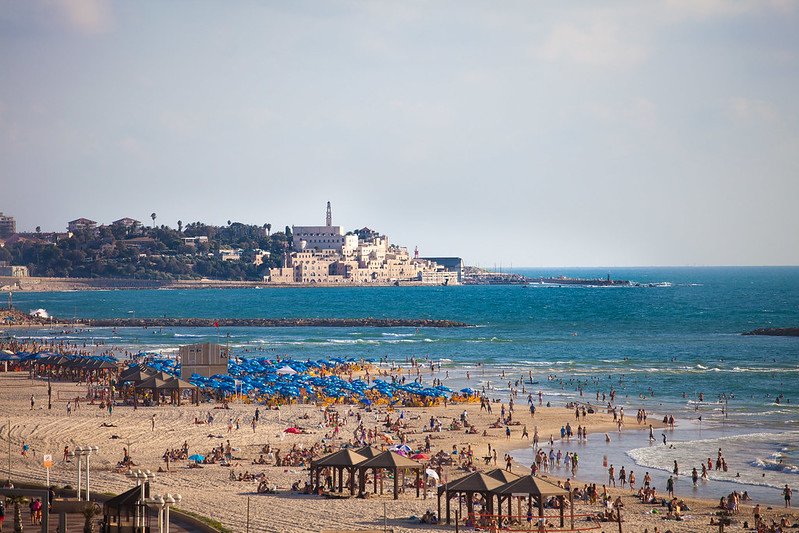 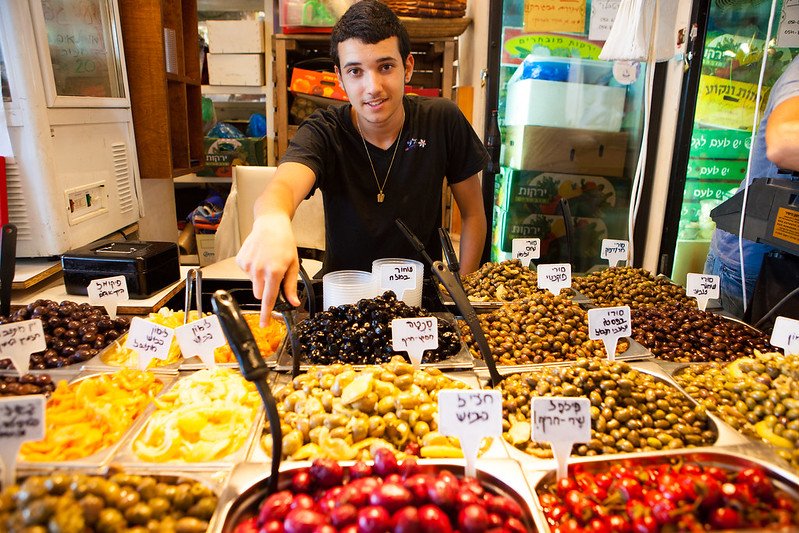 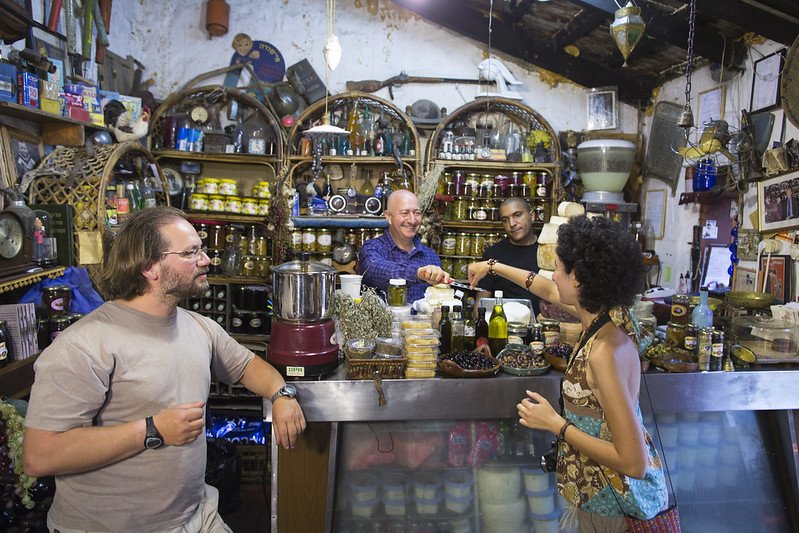 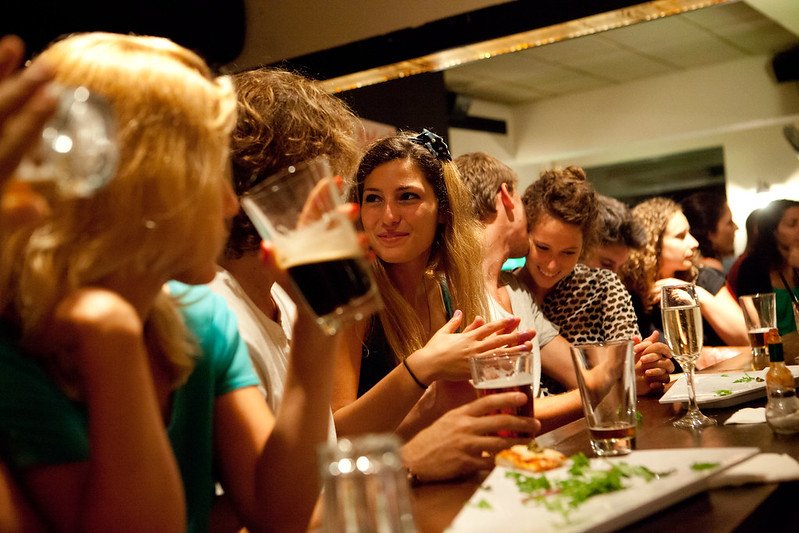 Depart Rhodes for a quick 90 minute flight to Israel & then Welcome to Israel! Arrive Ben Gurion Airport; special meeting, assistance and transfer to your hotel in trendy Tel Aviv’s Mediterranean beach. Balance of the afternoon at leisure in the “city that never sleeps”. Tonight, Get Together Dinner (Dinner included)

Depart Tel Aviv. Drive to the extraordinary Israeli Museum at the Yitzhak Rabin Center chronicling the life of the late Prime Minister and the development of the State of Israel. Continue to ancient Caesarea; explore the Roman and Crusader ruins including the impressive 2,000-year-old theater (still in use!) and aqueduct. Then, visit Caesarea Harbor: a fascinating, multi-media presentation brings ancient history to life! Arrive in Nazareth, the sacred town where Jesus spent part of his youth; visit the Church and view Mary’s Well. On to the sparkling port city of Haifa; check into your hotel atop Mt. Carmel. Evening: Enjoy Dinner and a special cultural presentation (subject to minimum 10 tour participants) (Breakfast & Dinner included)

View the golden-domed Baha’i Shrine and their breathtaking “hanging gardens,” – a UNESCO World Heritage site. Drive along the coast to Rosh Hanikra; descend by cable car to see the magnificent underwater grottoes. Continue through the picturesque seaside town of Nahariya to the timeless Crusader city of Acre; walk through the subterranean city and bazaars that recall the colorful middle Ages. Then, to Safed, one of Judaism’s holiest cities, where the Kabbalah was developed in the 16th.-century; visit the ancient synagogues and the charming Artists’ Quarter. Return to your hotel for Dinner. The balance of the evening is at leisure to enjoy a stroll under the Carmel skies and the glow of this beautiful port city. (Breakfast & Dinner included)

We’ll depart Haifa driving first to Capernaum to see the fantastic ruins of the ancient synagogue dating back to the 5th-century. Ascend the strategic Golan Heights and learn about the 20th century battles that protected Israel’s future. On to Katzrin, capital of the Golan and to the Monument of the 7th Brigade. It is here, in the magnificent strip of the Golan that has become known for producing the finest wines in the world, that we will enjoy a tour of the wine making process as well as sample some of the Golan’s tastiest wines. Continue for a visit to a former Syrian army bunker at Kibbutz Kfar Charuv, settled by Americans and Israelis together; view of the fertile valleys below as you tour the kibbutz and enjoy a late lunch in the communal dining room. Then drive south and rise through the mountains to “golden” Jerusalem, stopping first for a blessing and a toast to our arrival in the eternal city. Overnight in Israel’s capital. (Breakfast & Lunch included)

Drive to Hadassah Medical Center to see the sublime Chagall Windows. On to Yad Vashem, Israel’s national Memorial and Museum of the Holocaust, with its Children’s Pavilion and Avenue of the Righteous. Then, to Mount Herzl to pay respects to Israel’s founders and heroes. Pass the post-modern Supreme Court and the Knesset (Parliament) en route to the Shrine of the Book, home of the Dead Sea Scrolls. Time to walk through the Israel Museum and the Billy Rose Sculpture Garden; see the Scale Model of ancient Jerusalem. Evening: Night Tour of illuminated Jerusalem followed by a Restaurant Dinner and the “Night Spectacular” Sound & Light Show at the Citadel Museum (weather and schedule permitting). (Breakfast & Dinner included)

Drive to Mt. Zion to visit the traditional Tomb of King David and the Room of the Last Supper. Enter the Old City to the restored Jewish Quarter; walk along the Cardo, the colonnaded main street of Byzantine Jerusalem. Walk to the Western Wall, last remnant of the Second Temple. View the Dome of the Rock. Proceed through the extraordinary Hasmonean Tunnel (tunnel schedule permitting) or tour the Herodian Mansions, a completely excavated residential quarter from 2000 years ago. Follow the Via Dolorosa to the Church of the Holy Sepulchre; stroll through the exotic bazaars with their wondrous aromas. End today with a visit to the fabulous Friends of Zion Heritage Center celebrating the Christian heroes who have contributed to the Jewish people and the State of Israel. The cutting edge technology is amazing. Or, an optional visit to Bethlehem may be arranged. A free night tonight. The shops are open late as it’s the start of the Israeli weekend. Enjoy the many eateries along the outdoor Mamilla Mall, Ben Yehuda Street, or the “Tachana”. (Breakfast & Dinner included)

Transfer to the Airport for your international departure flight. 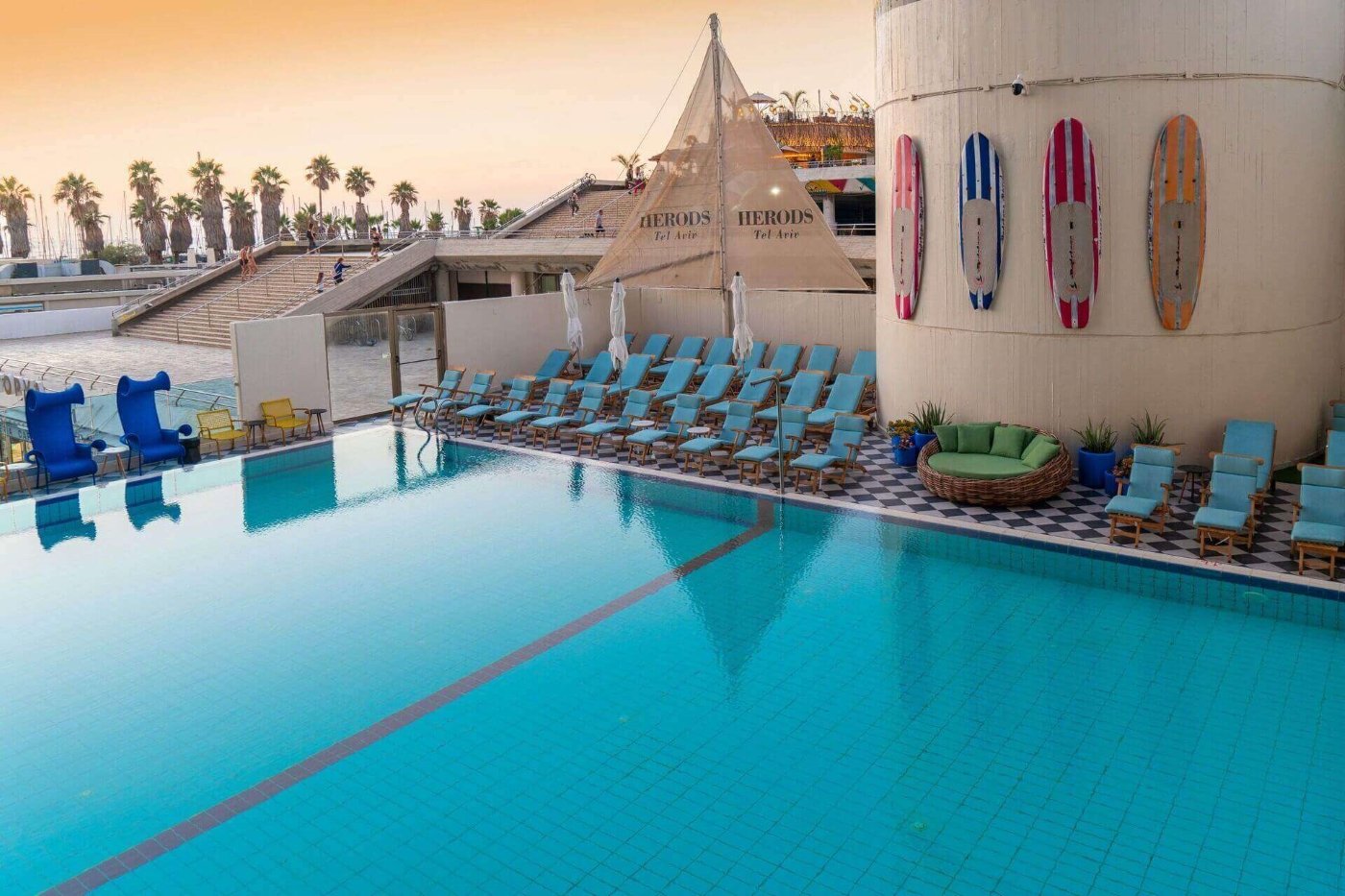 The Herods Tel Aviv Hotel, a sleek Yoav Igra-designed property rising on the Tel Aviv-Jaffa Promenade (Tayelet), towers above the fine sands on the shores of the Mediterranean Sea, overlooking the Gordon Beach, the Tel Aviv Marina and the eminent Gordon Pool, which is the port of call for serious swimmers.

While grounded in historic Tel Aviv, Herods Tel Aviv is forward-focused: the ample reception lobby is a modern-chic meeting point bathed in natural light coming in through ceiling-to-floor windows facing the sea. This lustrous space becomes a romantic enclave at dusk when guests can linger for after-hours drinks after a busy day in the city. 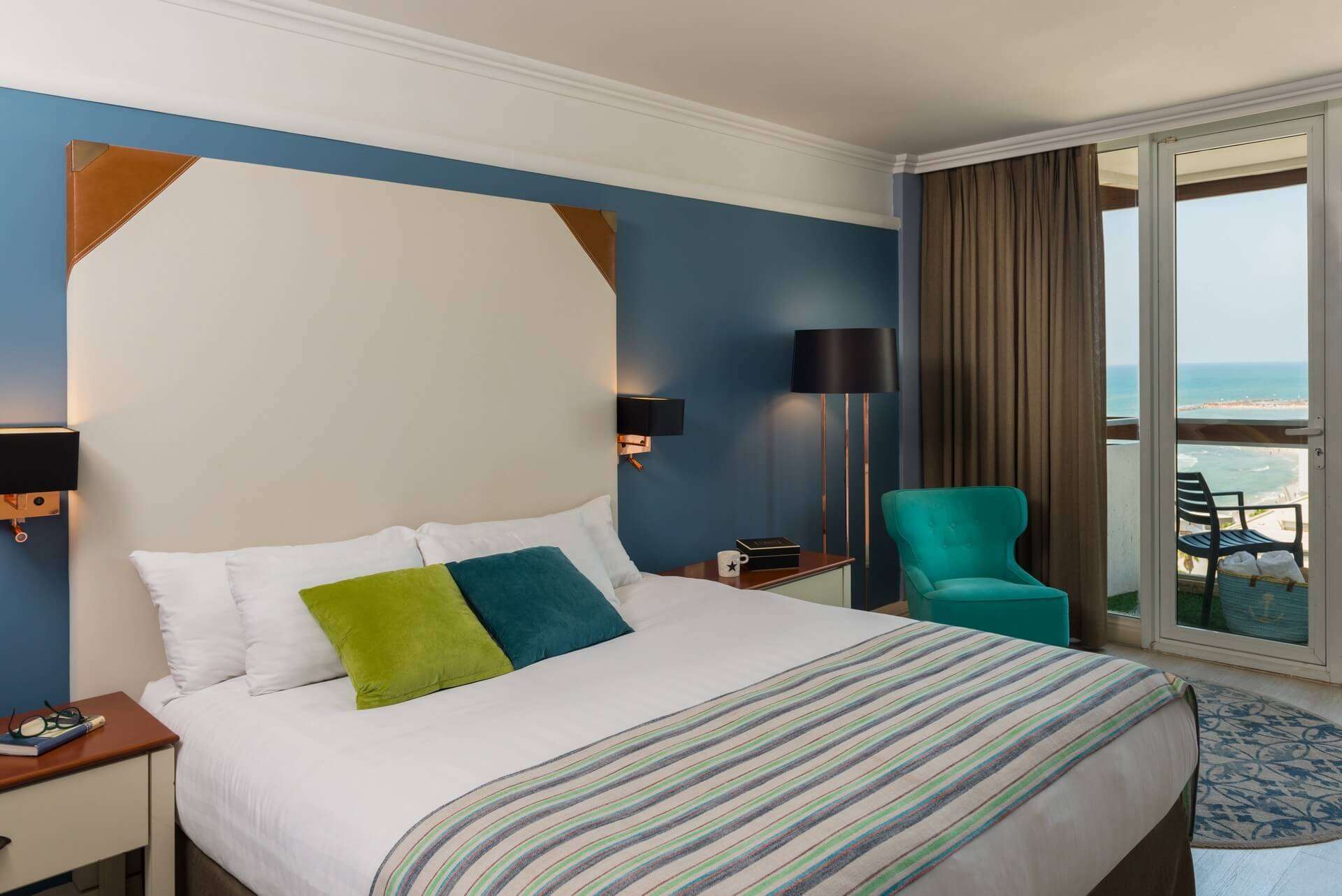 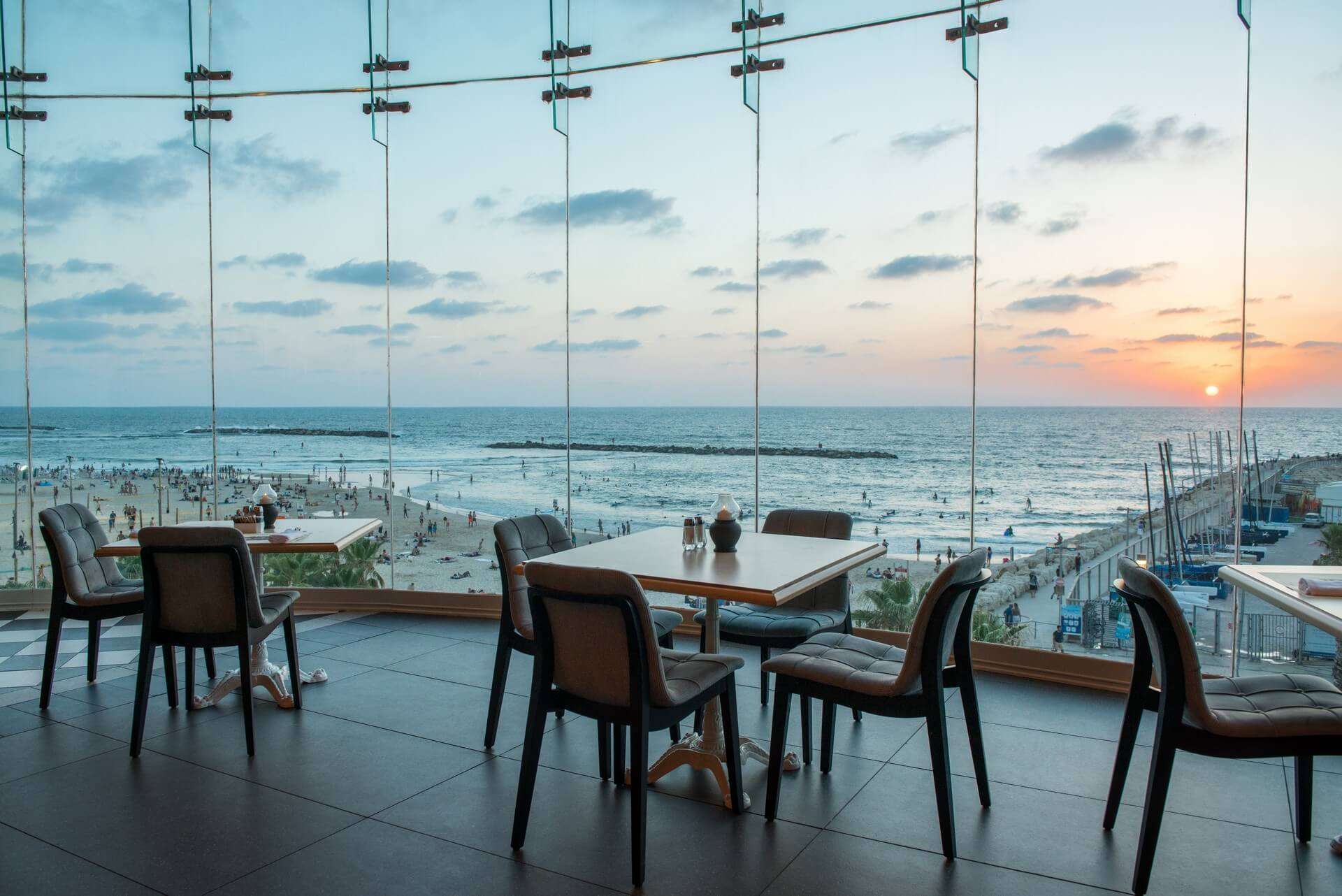 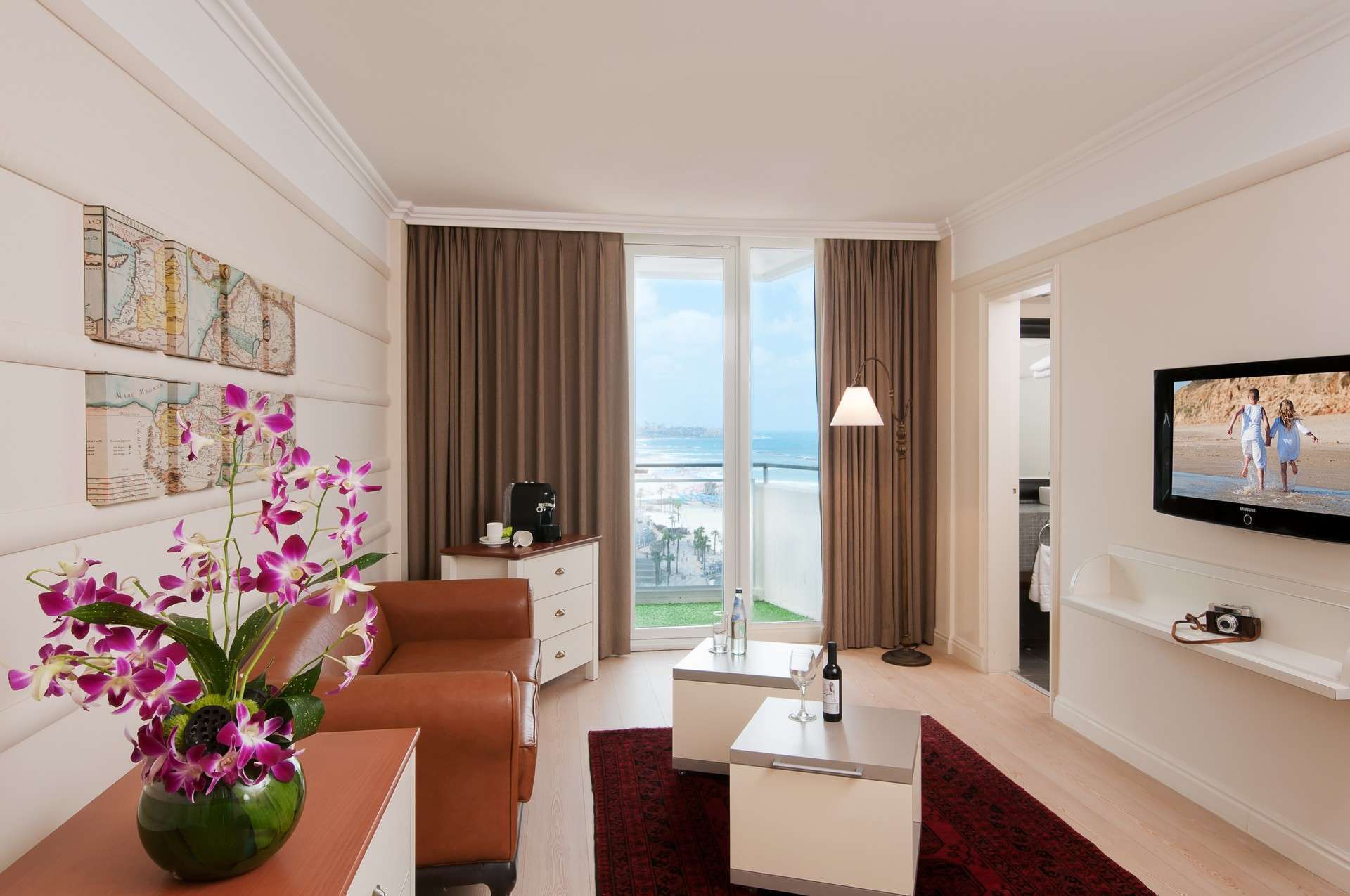 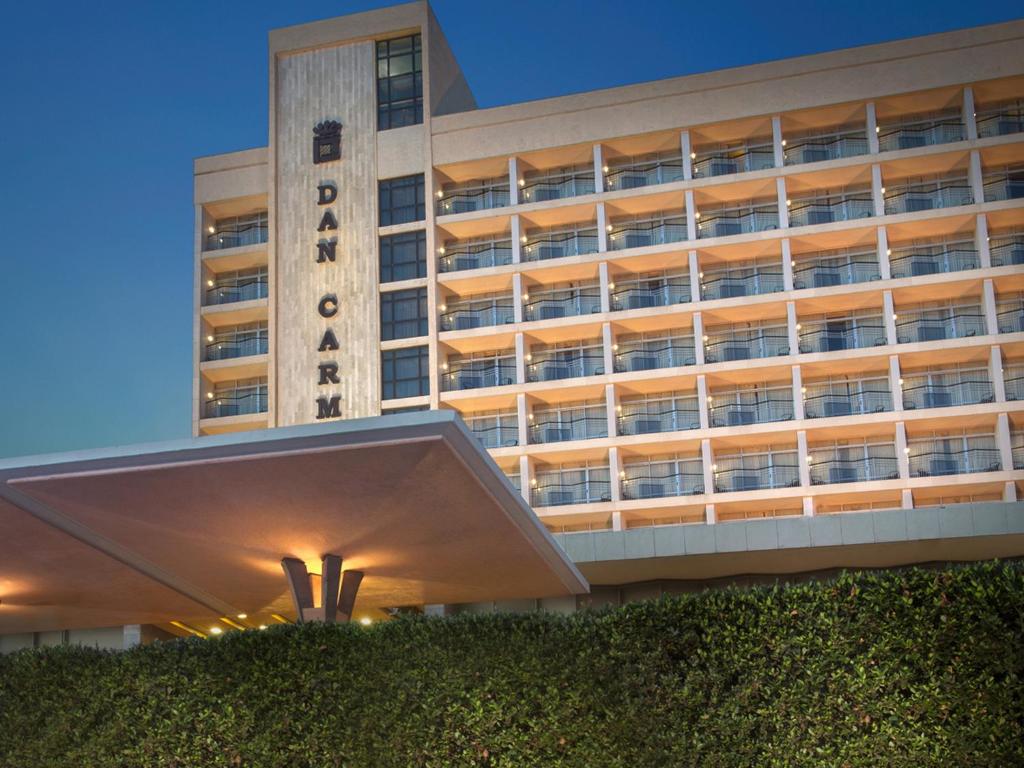 If Haifa is known as the Pearl of the North, then the Dan Carmel Hotel is the Pearl of Haifa. Perched halfway up the richly wooded slopes of historic, biblical Mount Carmel, the Dan Carmel is where guests choose to spend a classy, elegant stay. Relax in the private gardens and enjoy breath-taking views of Haifa Bay and the curved coastline.

The newly refurbished guestrooms, suites, stylish lobby and other public areas are all designed with classic and elegant tones, complete with modern accessories and luxurious comforts. Just outside the hotel is the Louis Promenade, a winding hilltop walkway perfect for exploring the city’s attractions; especially the world-famous Baha’i Gardens. The Dan Panorama Hotel Jerusalem with its dignified architecture and honey-colored Jerusalem stone exterior resonates with the spirit of this legendary city.

Across the road from the Dan Panorama Hotel Jerusalem is the splendid Bloomfield Garden that is one of the largest parks in Jerusalem and from which you overlook the city. At the end of the park is the famous Yemin Moshe neighborhood. The neighborhood was established in 1891 by Moses Montefiore and was the first Jewish district build outside the walls of Jerusalem. Towering high above the red roofed houses is the Montefiore Windmill which provided cheap flour to the residents and today is a museum that showcases Montefiore’s vision.

I AM READY TO BOOK, LET’S GET STARTED TODAY

These spots will fill quickly so don’t miss out and secure your spot today!

I WILL CALL TO ASK A FEW QUESTIONS

We are waiting to hear from you so give us a call with any questions.

Tennis in the Gobi Desert 2023